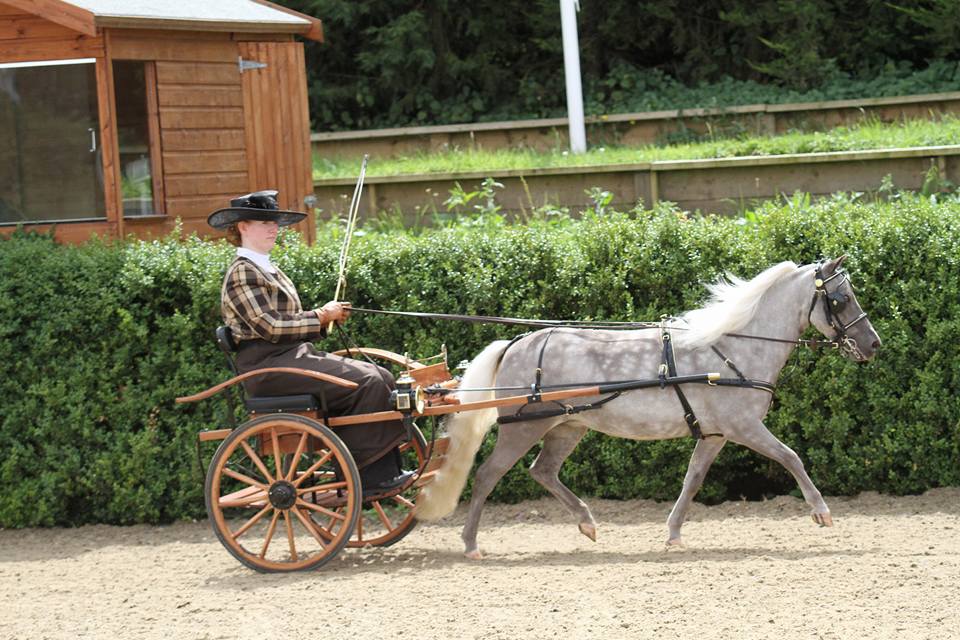 Caoimhe, pronounced  Kwee-va, is one of my favourite horses we own, she is a real people horse and lives in your pocket! We got Caoimhe in early 2012 when we rescued her dam, Sally, from a place where she wasn't being kept the best and while there we also saw Caoimhe so decided to buy her just to get her out of a potentially bad situation and aren't we so lucky we did!!

Caomhe is the most stunning Silver Dapple colour and gets complimented on her colour everywhere she goes. She has great conformation and movement and the most beautiful head.

She was trained to drive in winter 2012/2013 but, unbeknownst to us she was infoal at the time and had a stunning filly foal, Ballykeppogue Ultimate Confession in 2013 and then the gorgeous Ballykeppogue Couragio's Gold Record in 2014. We decided after her second foal that 2015 would be her year and there would be no more foals for a while until we got some fun out of her and what fun we are having!

In only a few shows Caoimhe has had great success in the ring, both in hand and driven and we are so excited to see how her long awaited career will go!

INFOAL To JCs Distinction for an early 2018 foal