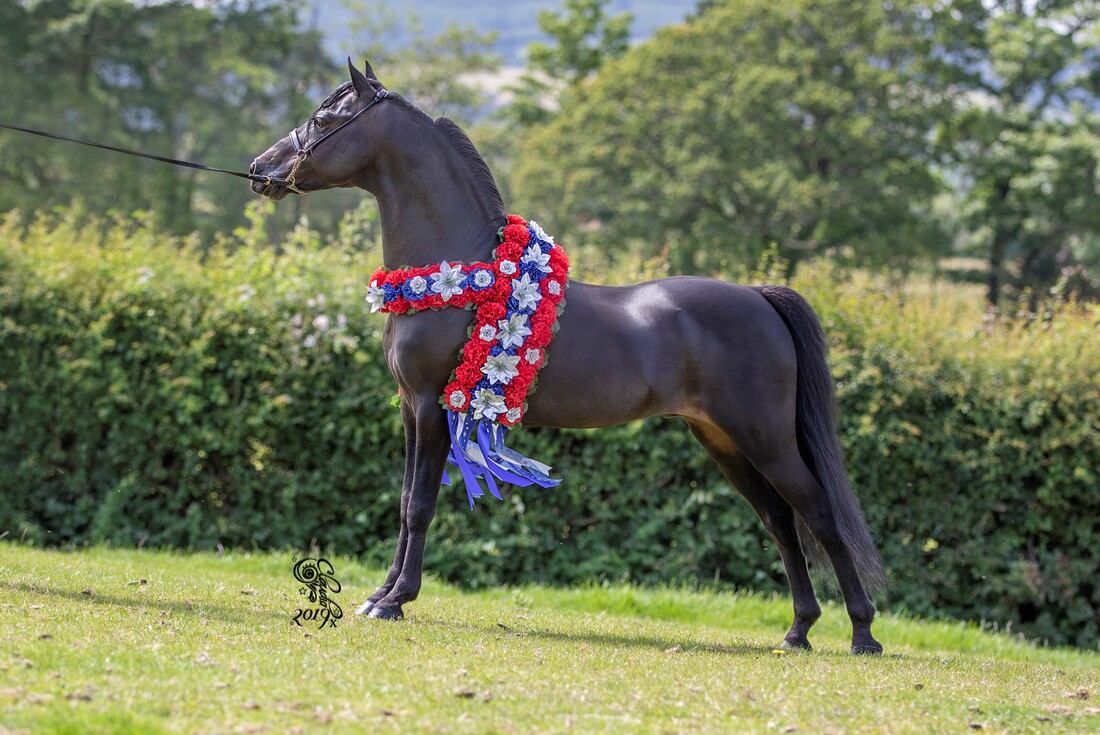 JCs Distinction, or Ed as he is known at home, is our firsts step into the world of ASPC's and we couldn't be happier!
Ed is the most stunningly beautiful American Shetland we have ever seen, he has it all, the looks, outstanding conformation and breathtaking movement - everyone who has seen him as fallen in love!!

This didn't happen by chance, his sire, ZJS Windwalker, is a 9 time superior sire, the only horse in the history of the breed to achieve this, it means he has sired more HOF horses than any other stallion! His dam, JCs Lizzie M, is a superior Dam and was the 2009 Congress Champion Produce of Dam. This pairing also produced the 2x National Grand Champion Senior Stallion, JCs Jenga, which were won 10 years apart!
Ed has had very limited showing to date, having spent most of his life as a herd sire, but has got a National Top 5 in driving to his credit.

We are incredibly excited about adding Ed to our stallion line up, he is a goldmine of motion and length of neck. We are super excited about the future of the miniature horse with this stallions qualities of presence, power and proportion. We are eagerly awaiting the arrival of his foals in 2018.

WOW! Ed's 2018 and 2019 foal crop have blown us away! His 3 foals to hit the ring for us have all been GRAND Champions! His foals have won Grand Champion Weanling of the World 2018 & 2019 at Supernova World Championships! His 2019 weanling colt Ballykeppogue Distinct Darkness was Overall Res Grand Supreme Cat B in show at Supernova also!