The first week in June saw us having a visit from our good friend Yvonne Harrington of Yvonne Harrington Photography. She stopped with us for a couple of nights and helped out with driving Caoimhe and we had a photoshoot at the same time. Day 1 of the shoot saw us staying in the yard and shooting 3 of our yearling colts, Ballykeppogue Couragio's Gold Record, Ballykeppogue Couragio's Mastercard and Ballykeppogue Ima Awesome Rockstar. Day 2 saw us taking a trip to the go-to tourist destination in Co. Wicklow, the spectacular Brittas Bay beach, which is only 5 minutes from our house! We brought Volcanic Ash Of Rothley and Ballykeppogue Ultimate Confession with us and met up with Pat Hampton and Sarah Phelan of Winlaoisham Miniature Horses, who travelled from the midlands to attend the shoot. We chose a great day to go with the temperatures ranging from the high teens to low twenties! The minis all had a great day and just loved running around in the water for a swim!! Great, fun day had by all and look forward to doing it again!!!

Our first show of the year was Newmarket On Fergus show in Co. Clare. We brought 2 horses with us, the yearling Ballykeppogue Couragio's Billboard Debut and our 2 year old Ballykeppogue Ultimate Confession. "Billboard Debut" didn't have the best introduction to showing, when his class went into the ring the heavens opened and we all got soaked!!! Very disappointing for all people involved as the horses were all shivering and tucked up, but none the less he gain a very respectable 2nd out of 6 and then later in the day went on to take Reserve Champion Irish Bred horse against all ages! So very pleased with him at his first ever show ! "Ultimate Confession" had a great day for us, the weather was much more in her favour and she showed her heart our for me and won her 2 year old class and then went into a very strong championship line up and took Supreme Champion of show!! She got some fantastic comments from the judge and I was just thrilled to win with our homebred Dodger daughter! She is pictured below at the show, I think there are exciting times to come from this filly!! 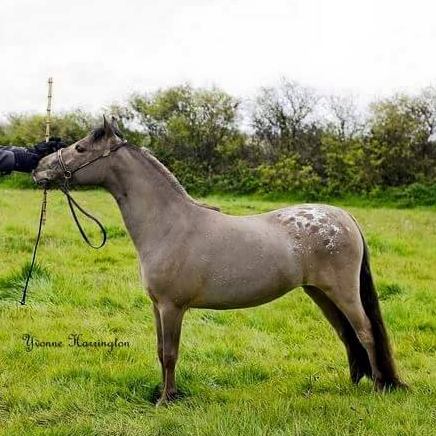 In later April, we travelled to North Devon in the UK, to visit Tikki Adorian of Toyhorse International to collect one of our "prizes" from when Volcanic Ash Of Rothley won Overall Supreme MHOYS 2014. One of his prizes was a voucher for Toyhorse International which could be exchanged for a horse! So we travelled over to "cash it in" and true to form we didn't come home with just one horse, oh no how could we do that! We brought 2 beautiful black broodmares home with us, Toyhorse Princess Tiffany and Toyhorse Donna Cello! We just love them and are delighted to be adding them to our broodmare band!!
Pictures to follow shortly! 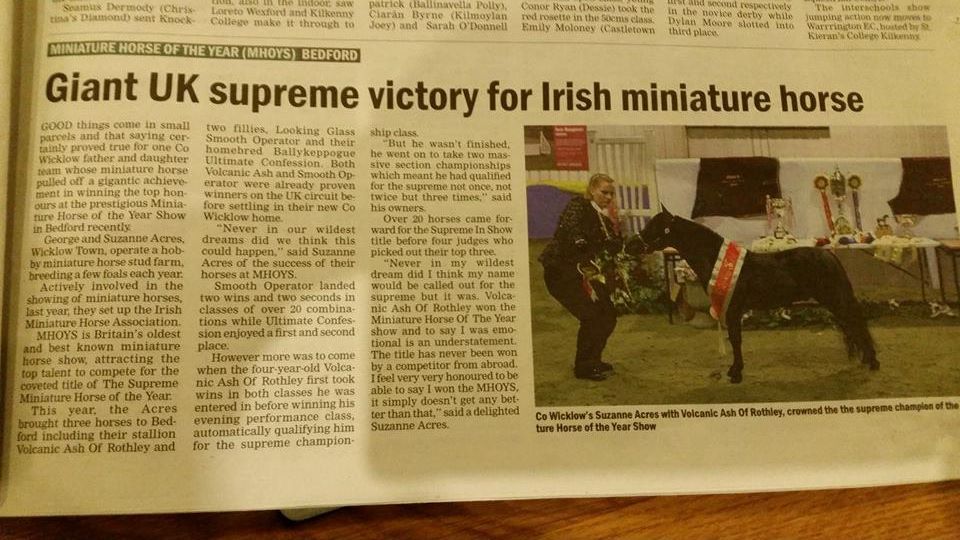