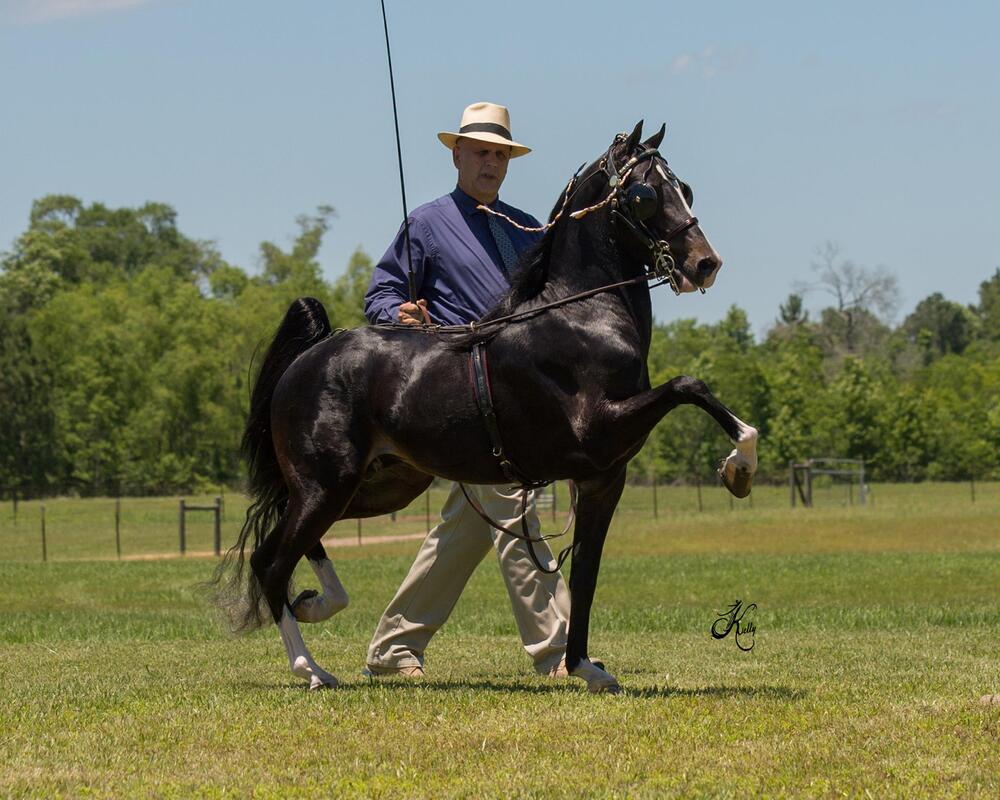 Wow, what can I say about Rickey, he blew us away the first time I saw him advertised for sale, we knew we HAD to have him and continues to do so every day!

The talent and athleticism this young pony has is phenomenal and he has the most beautiful disposition to boot. His movement will rival that of any Hackney pony, which he has been mistaken for more than once!

He had an incredible show career in the States with Stars Miniatures including numerous Grands, multiple Congress Champions and a Congress Reserve Grand Champion.

Before travelling over to us he had bred his first mares and has proven to be a phenomenal producer gifting so many of his amazing qualities onto his foals most notionally his incredible athletic ability with his foals showing great ability from only days old, we are very excited to follow his babies in the USA and to also see what he can do over here.
​